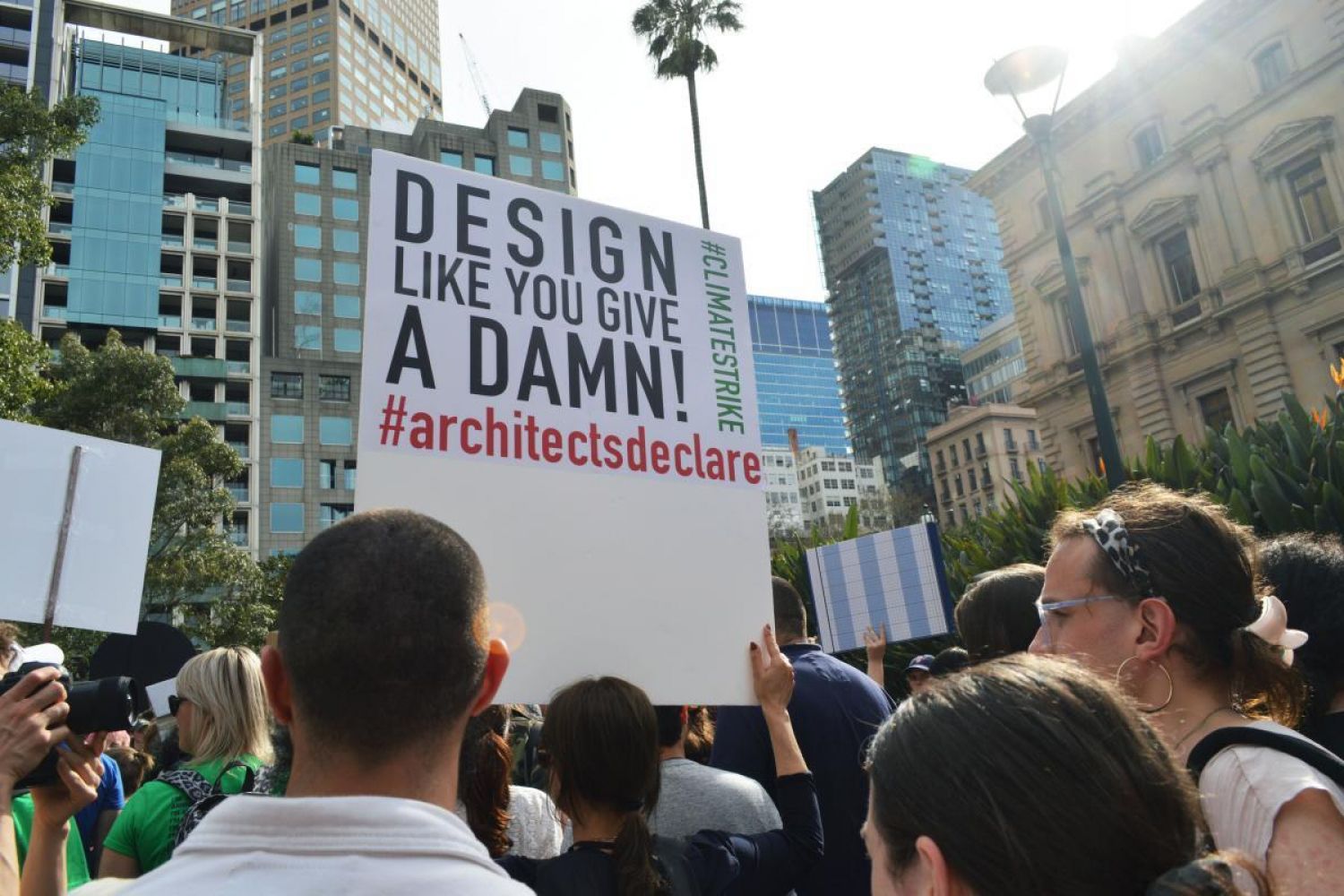 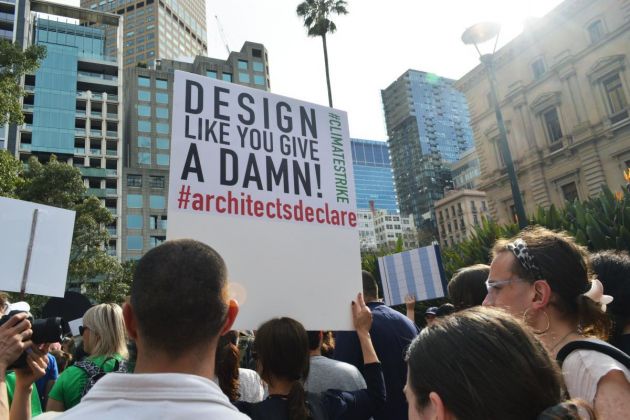 Written by Olivia Round, reproduced from original online article.

Last Friday more than 260,600 people took to the streets of Australia for one of the world’s biggest climate strikes in history. Among attendees were many architects, who we know have a desire to drive meaningful change after declaring a climate emergency in August this year. Architects, builders, developers, urban planners, government bodies and councils are shaping our cities on a daily basis, so it’s crucial to ensure that every decision-maker is on the same page if we are to reach near net-zero by 2050.

It’s reassuring to know that Australia’s architects are in favour of eco-conscious development – whether that means upcycling and retrofitting existing structures or producing sustainable new developments. However, with the weight of the decision-making heavily in the court of developers, we decided to reach out to find out how much influence architects have over the final choices, and what they’re prepared to fight for.

Australia’s leading architects share what they are willing to fight for to achieve near net-zero by 2050.

Urban.com.au: Which eco-conscious design features are most important to fight for, and what has been the response to these requests from developers?

ClarkeHopkinsClarke: Our practice works on large-scale projects urban design and architectural projects: master planning and designing town centres and future cities, mixed-use and multi-residential developments, seniors communities and educational and health facilities. So, we’re advocating for eco-conscious urban design, which influences not just a building but whole townships, not just for the economic lifespan of a building but for generations to come.

We’ve found support from progressive developers for the concept of 20-minute neighbourhoods and walkable, medium-density towns with well-connected infrastructure and amenity in place early so people can live and work and play there. These developers recognise the business case for a ‘village of villages’ approach because it’s desirable and it’s sustainable socially, environmentally and economically. It’s also scalable and works in diverse settings, from inner suburbs like Polaris to growth corridors like Tribeca Village, to large-scale employment hubs like Minta Farm and future cities in regional Australia like CLARA.

The most important change to fight for is mixed zoning. We’ve got to move away from separated zoning and better integrate homes, transport, services and amenities, as the world’s great cities have always done. That stops people having to get into a car and drive from a residential zone to a commercial zone to a recreational zone.

Urban.com.au: What needs to change from a building design perspective if we are to achieve near net-zero by 2050?

ClarkeHopkinsClarke: At this larger scale, once you have people living, working and playing in walkable, integrated townships, you can develop micro-grids at a community scale for on-site power generation. Currently, our energy system is set up in a hub-and-spoke style distribution network. What we need to move towards to achieve net-zero by 2050 are more options for different energy network micro-grids and co-generating cheaper, renewable power using community facilities. Power from waste generated by supermarkets, for example, or solar arrays on the rooves of local schools. With micro-grids communities can generate electricity at a low cost and feed it back into the grid, which can benefit households too.

CLARKEHOPKINSCLARKE’S MOST SUSTAINABLE DESIGN TO DATE

We’re transforming a long-held, 285-hectare property into a next-generation employment hub integrating 11,000 jobs with diverse high-, medium- and low-density housing for 5000 and the sort of community faciltes, walkability and public transport we love about our inner suburbs. The proposed masterplan also protects natural vistas, waterways, heritage sites and biodiverse habitats cherished by locals. Minta turns the industrial park concept on its head to create a community that’s desireable to employers as well as residents. Critically, it emerged as planners were reforming Victorian zoning and helped the push for a new zone, Commercial 3, which allows fresh approaches to compact, medium-density, mixed-use town centres.