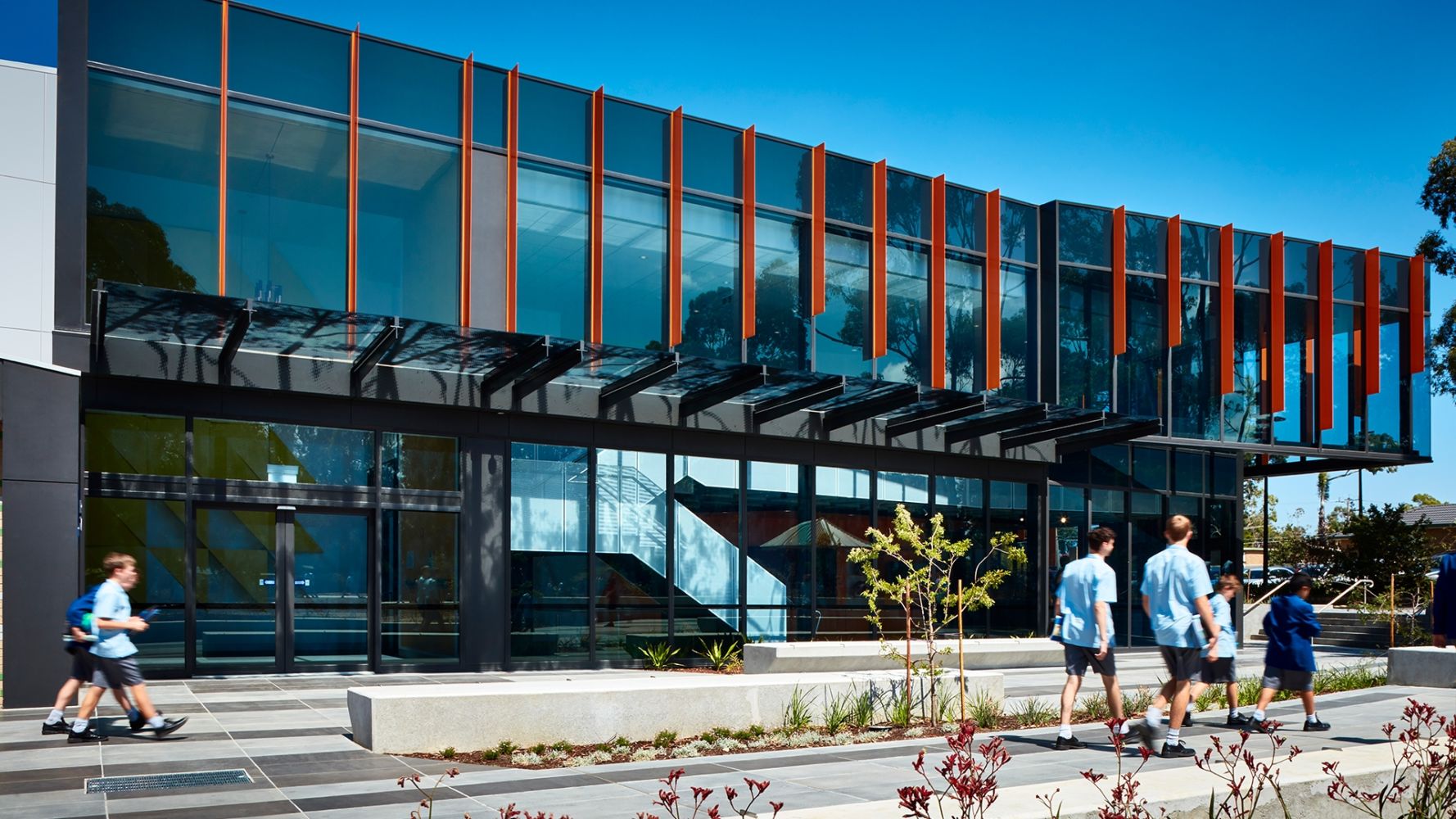 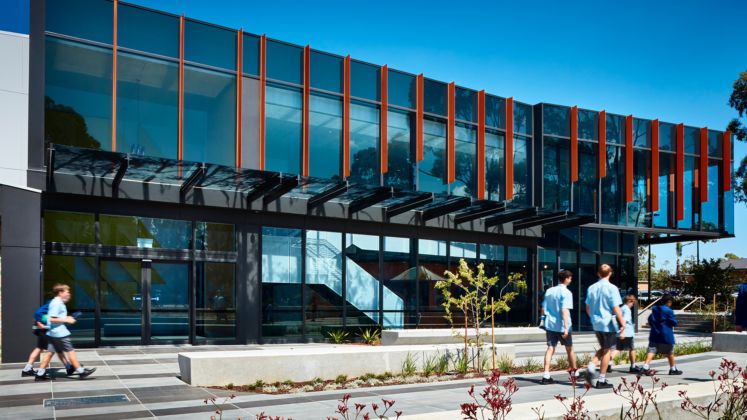 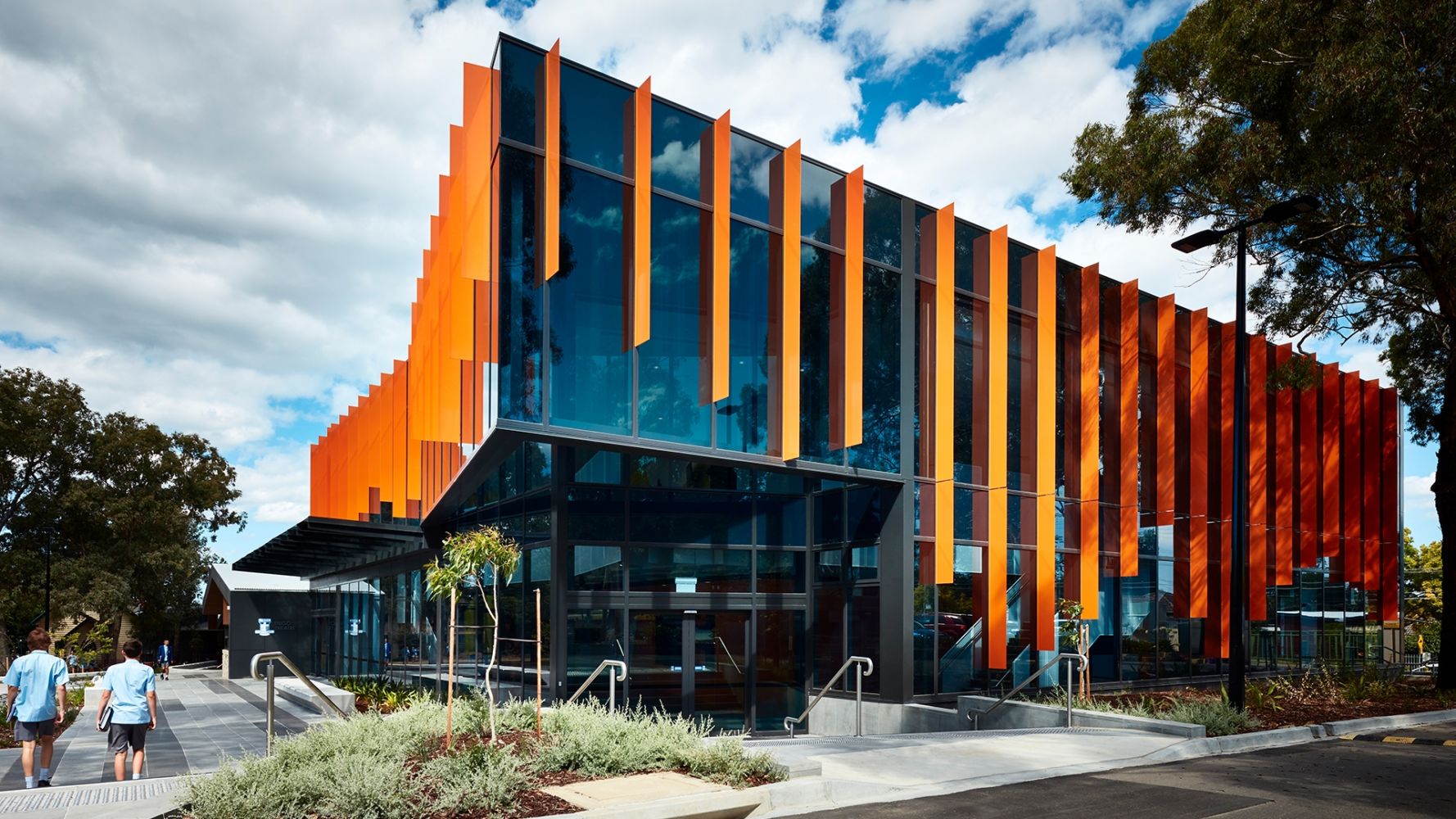 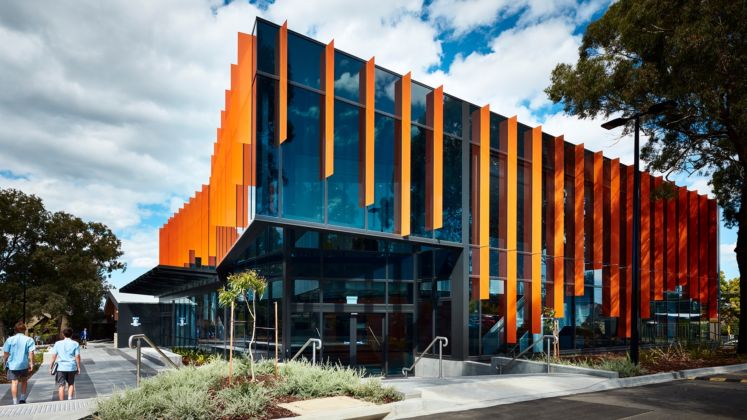 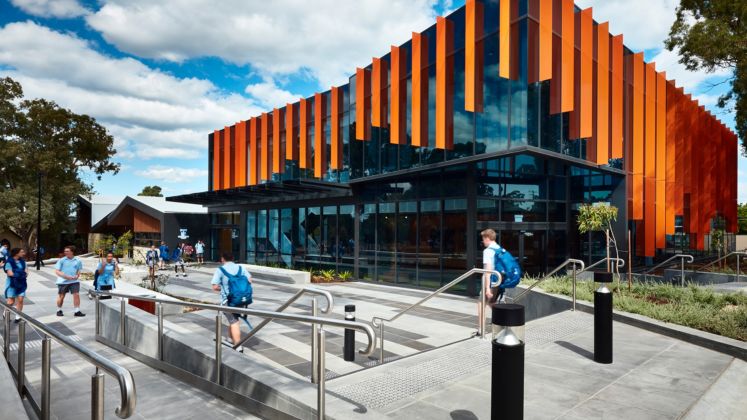 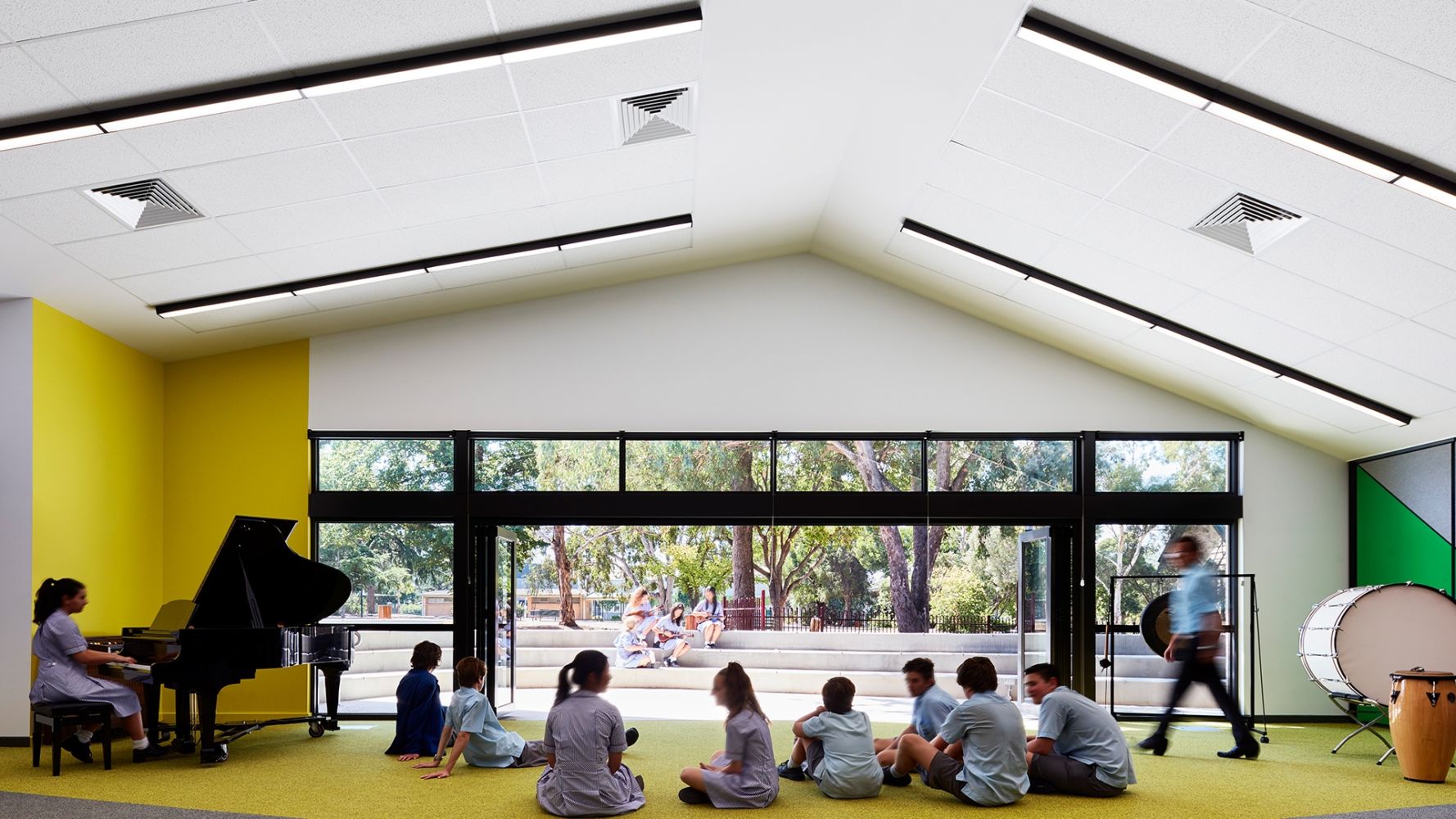 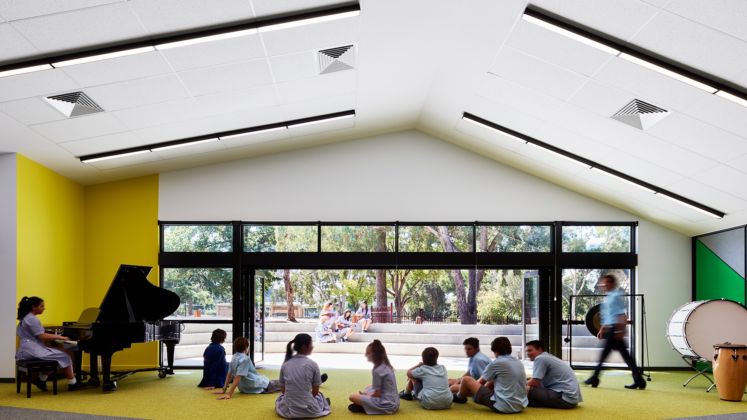 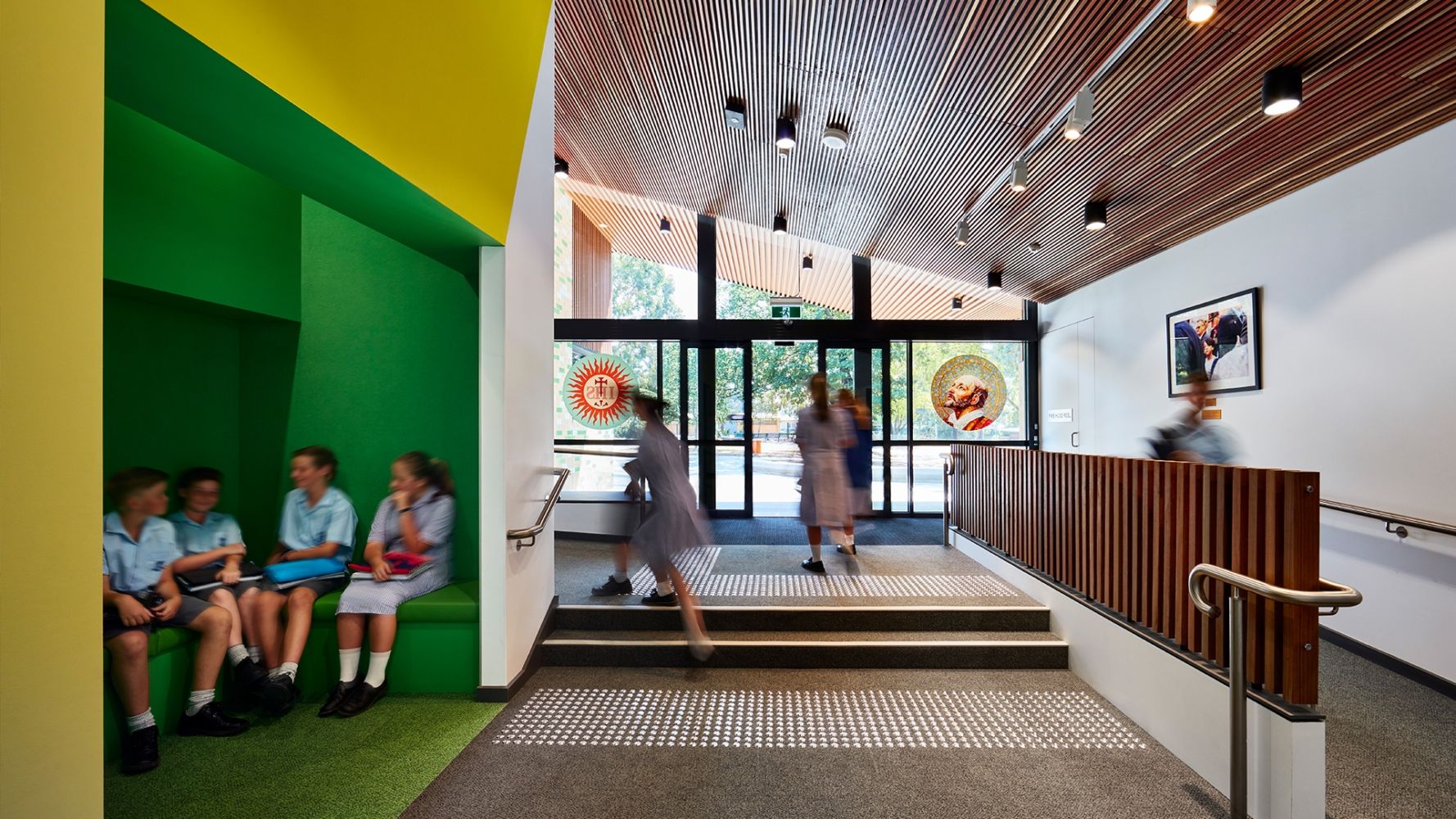 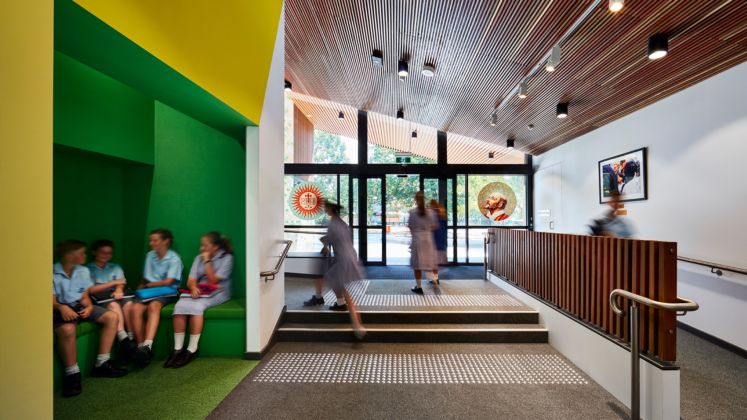 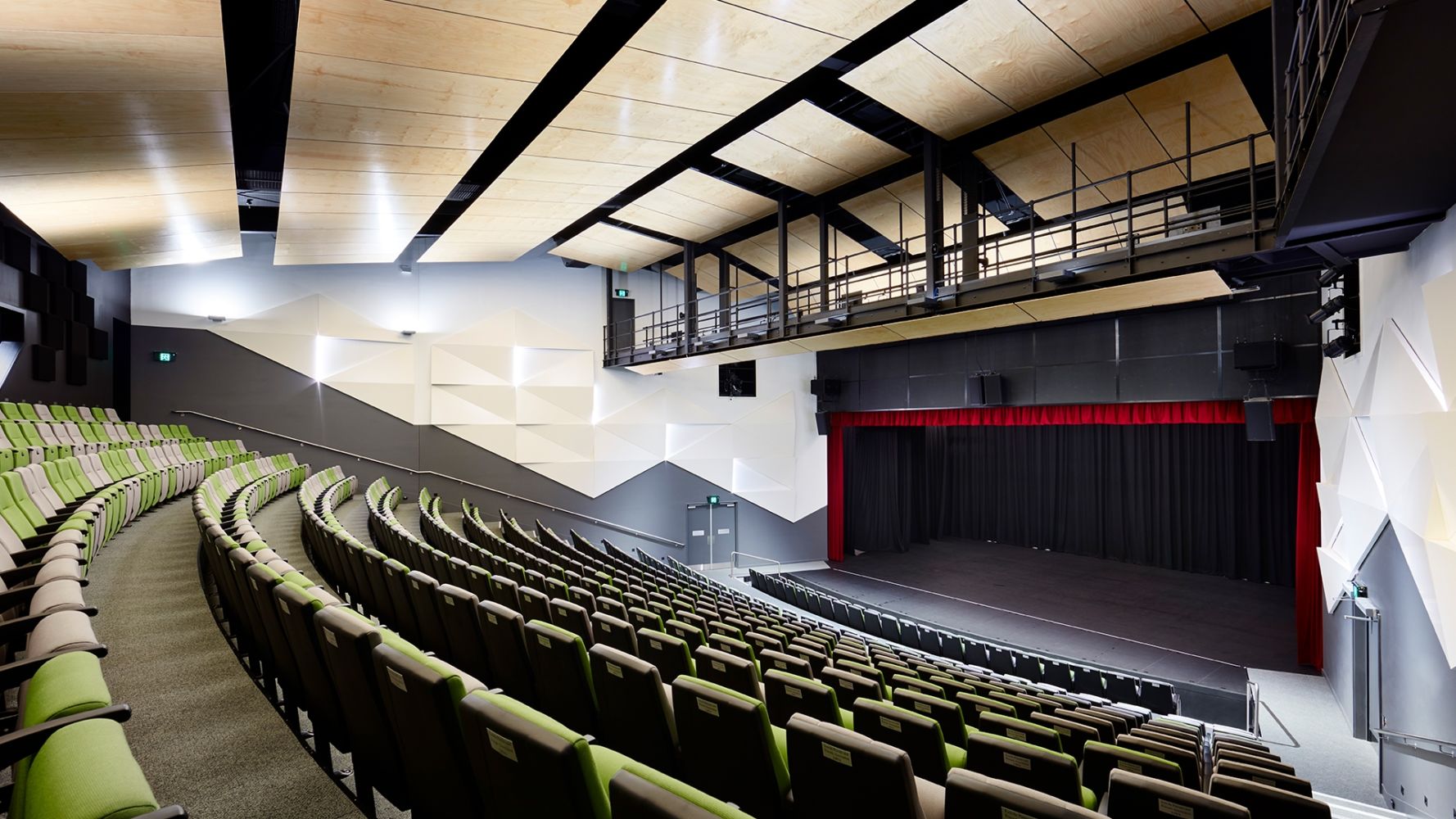 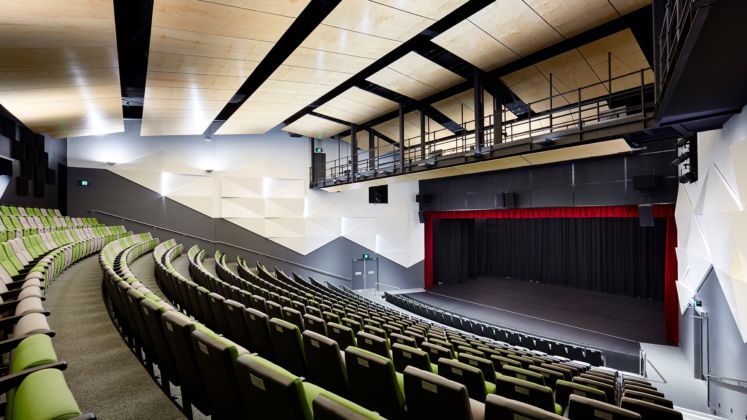 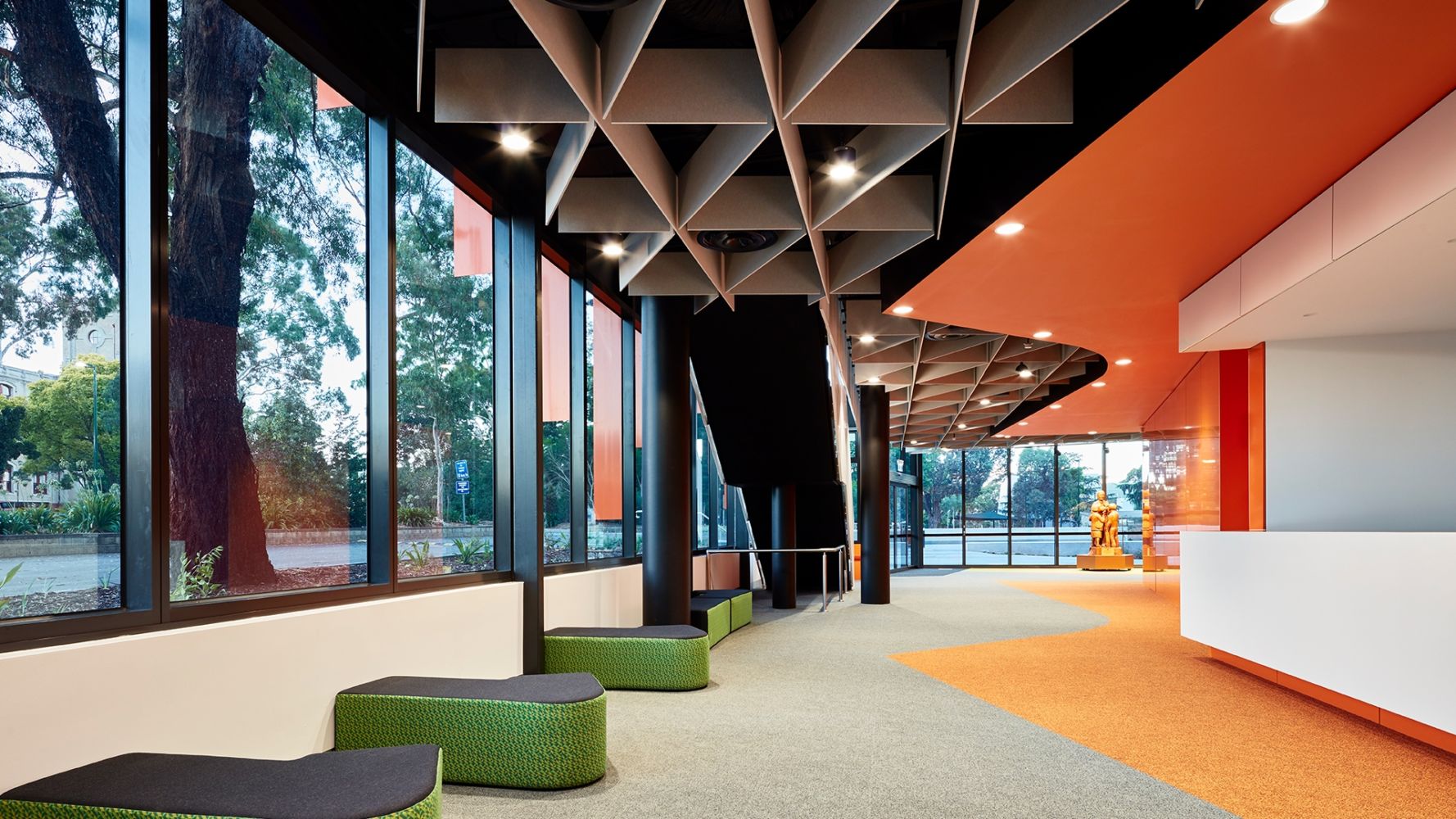 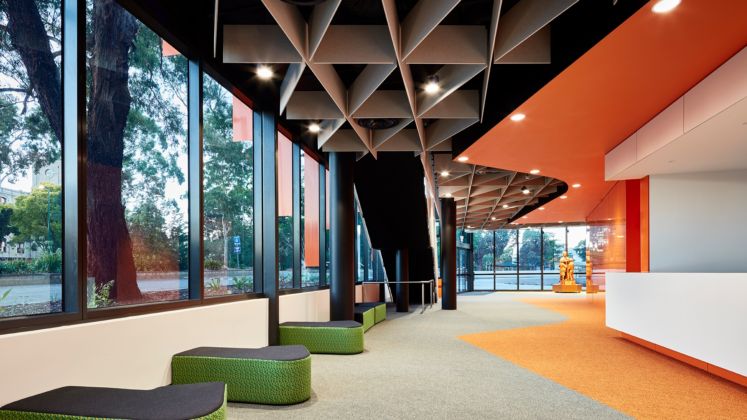 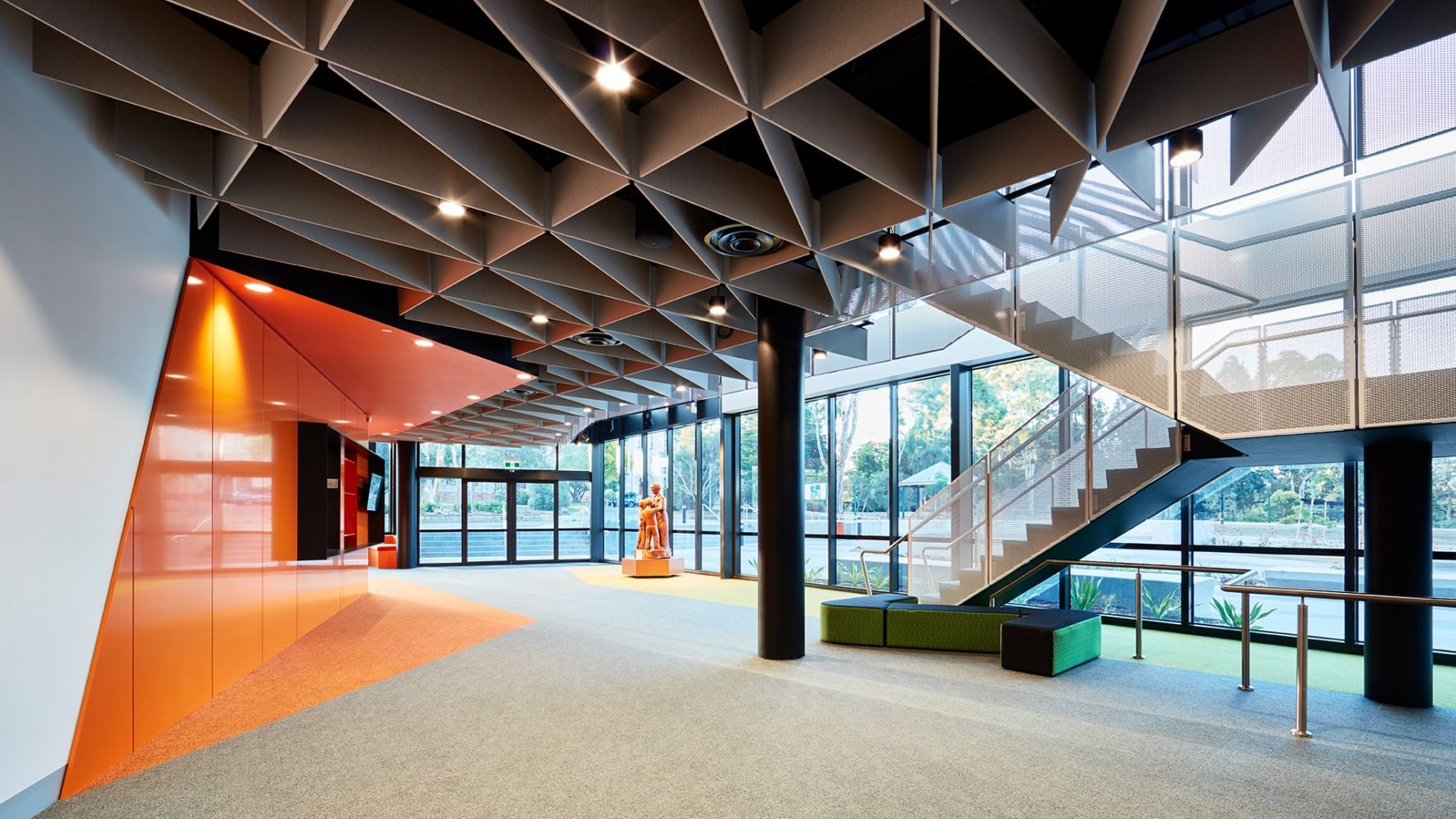 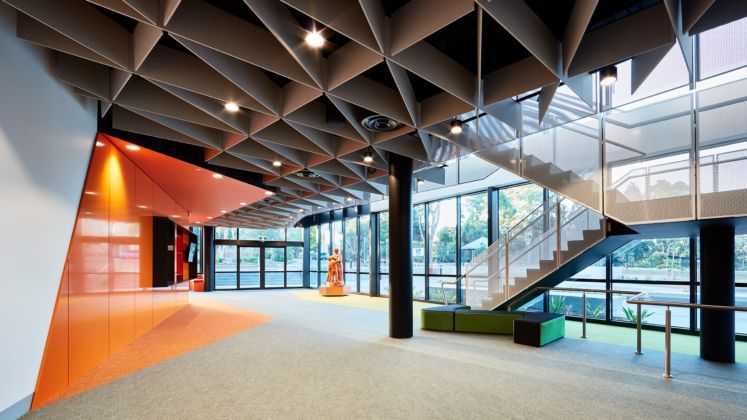 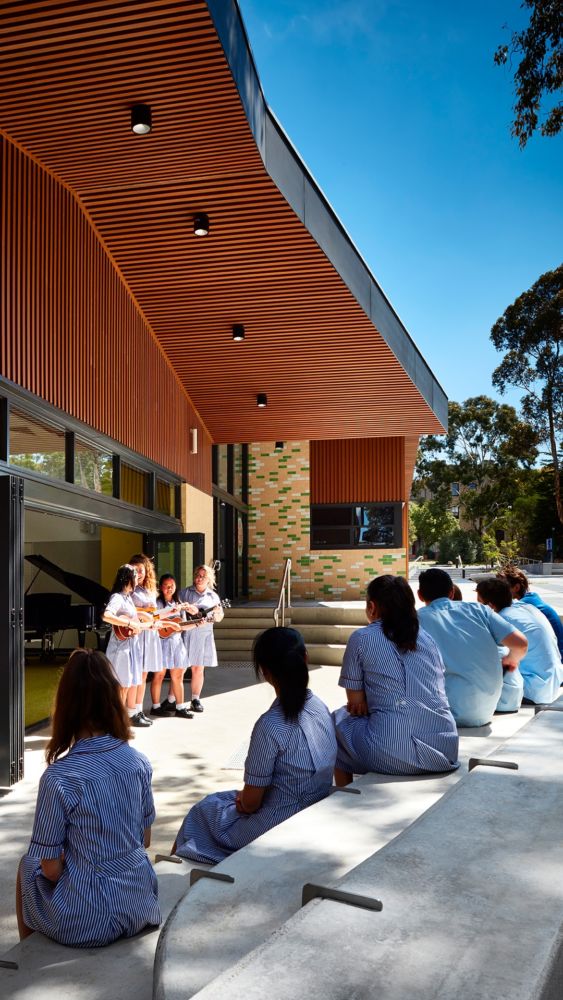 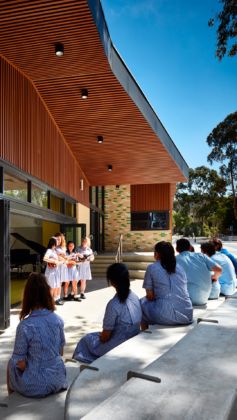 A vibrant design aesthetic has been utilised to redefine an exciting new identity for the creative arts within the school campus, and to provide an inspiring and exceptional environment to entice students to participate in the performing arts. The project features an impressive 500 seat auditorium theater and an extensive music centre.

The acoustically engineered theatre includes a wide and deep stage, with wing spaces to cater for both drama and musical productions. The depth of the stage can be further increased by using removable infill panels to cover the half depth orchestra pit. The lower foyer includes a kiosk, box office, manager’s office and amenities, while the smaller upper foyer provides access to the control room and upper-level seating. The theatre is fitted out with a high level of technical infrastructure, including multiple galleries, that allow for students to operate the lighting and audio systems.

The dance studio has a spring floor, mirrored wall, ballet barre and is provided with a six-metre high ceiling for cheer leading practice.