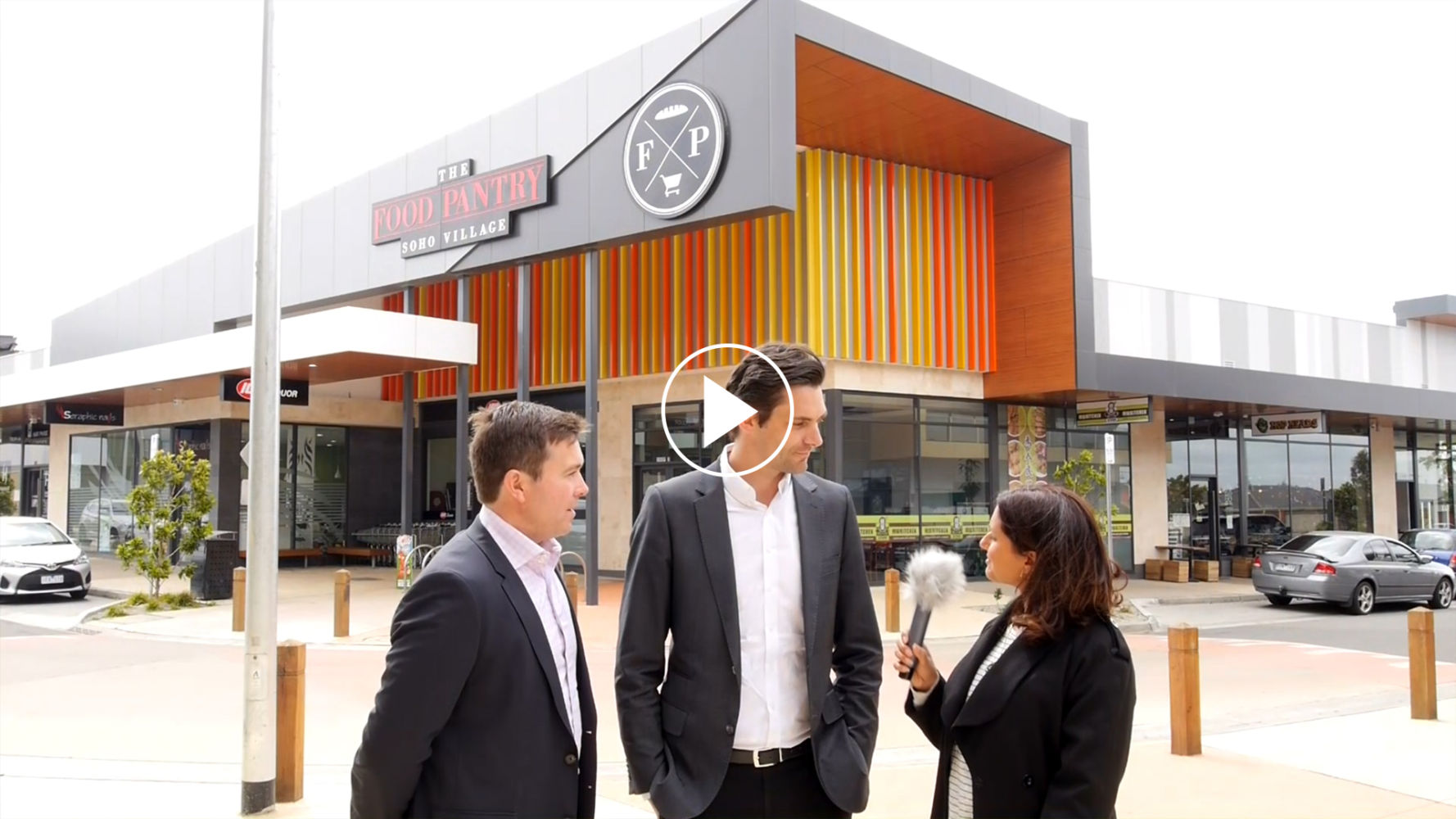 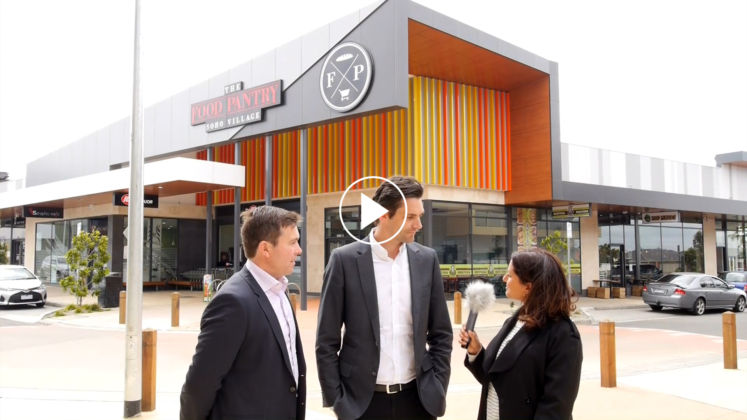 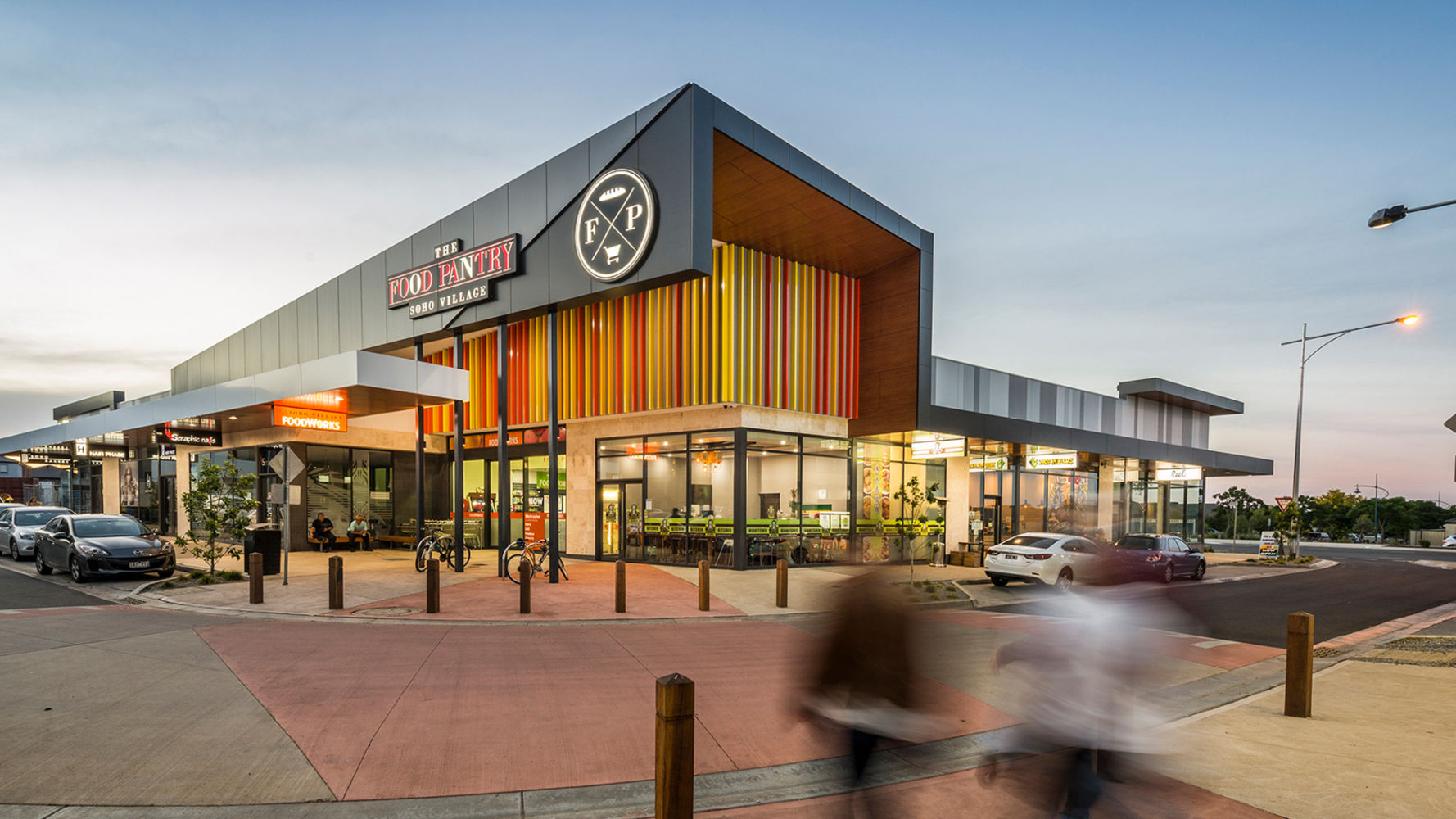 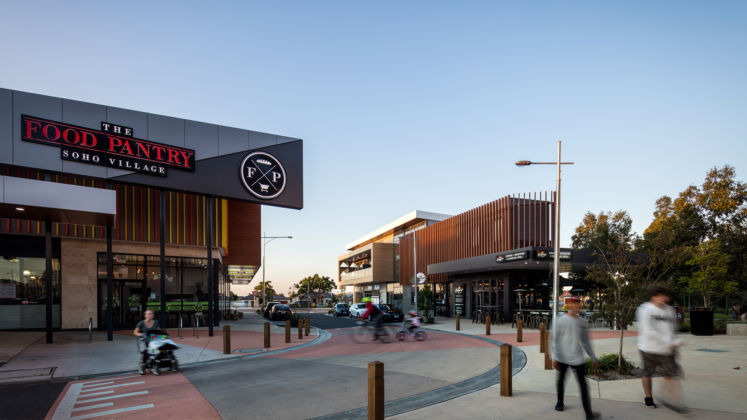 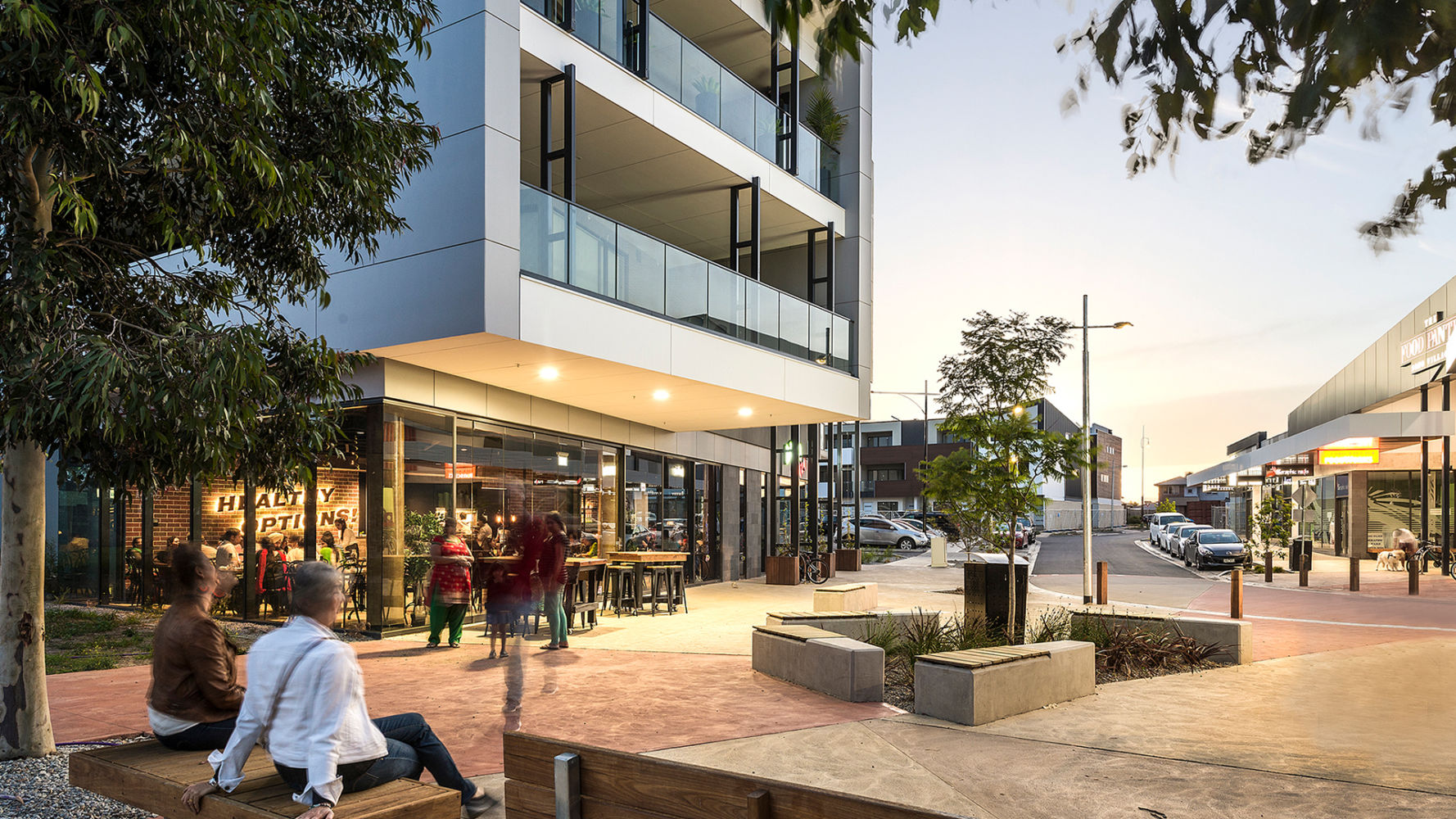 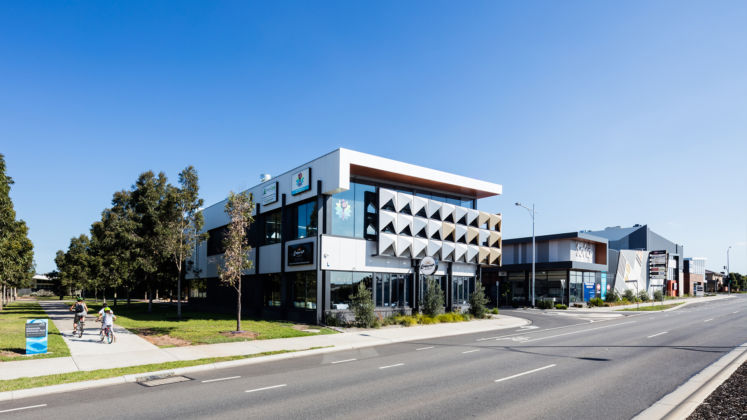 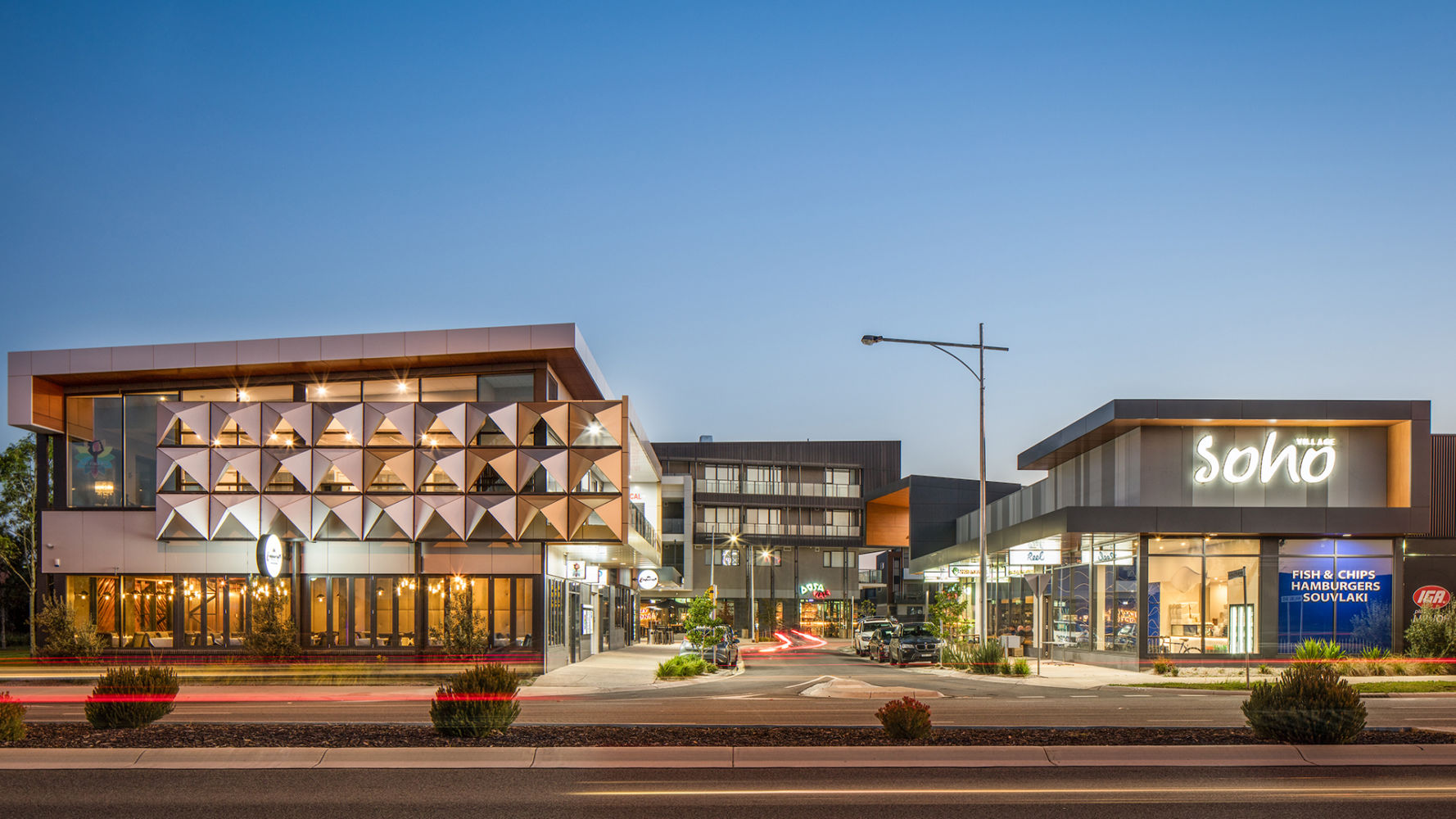 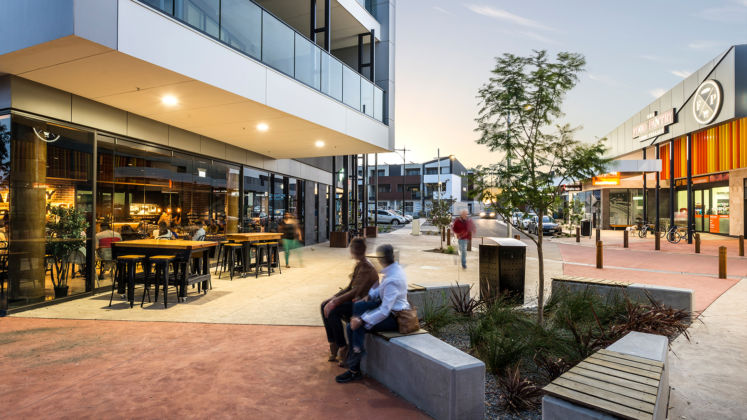 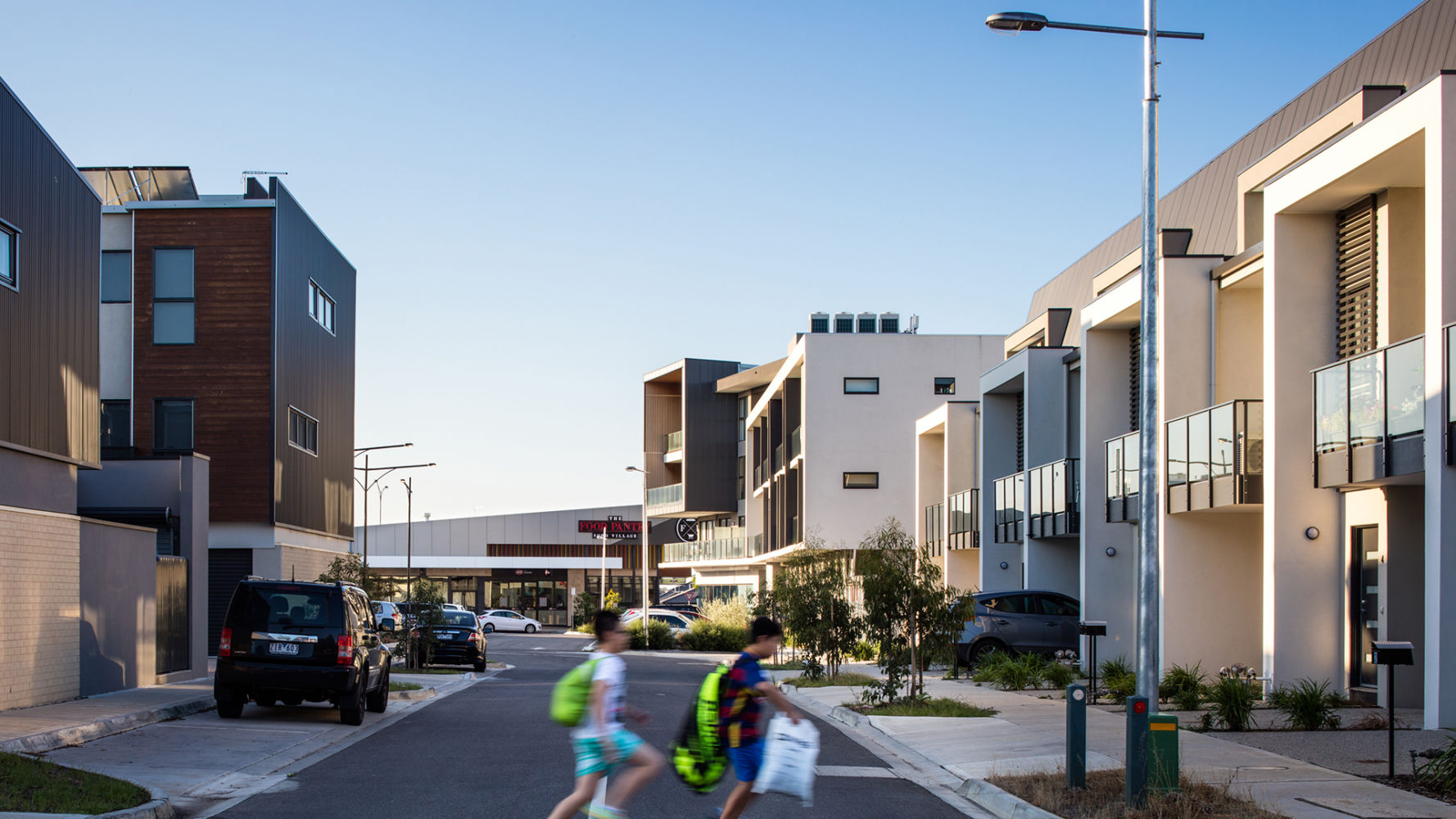 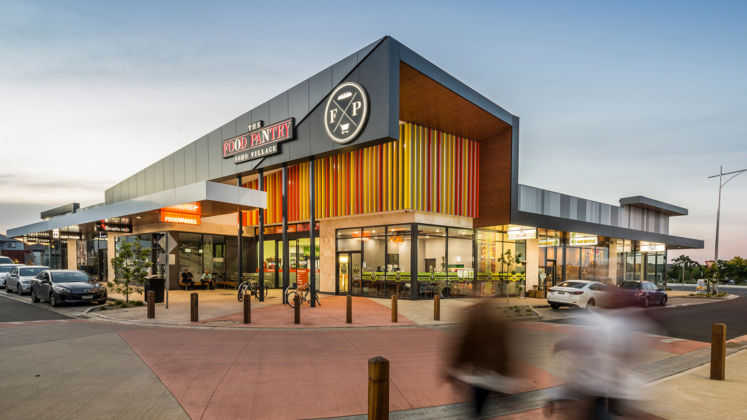 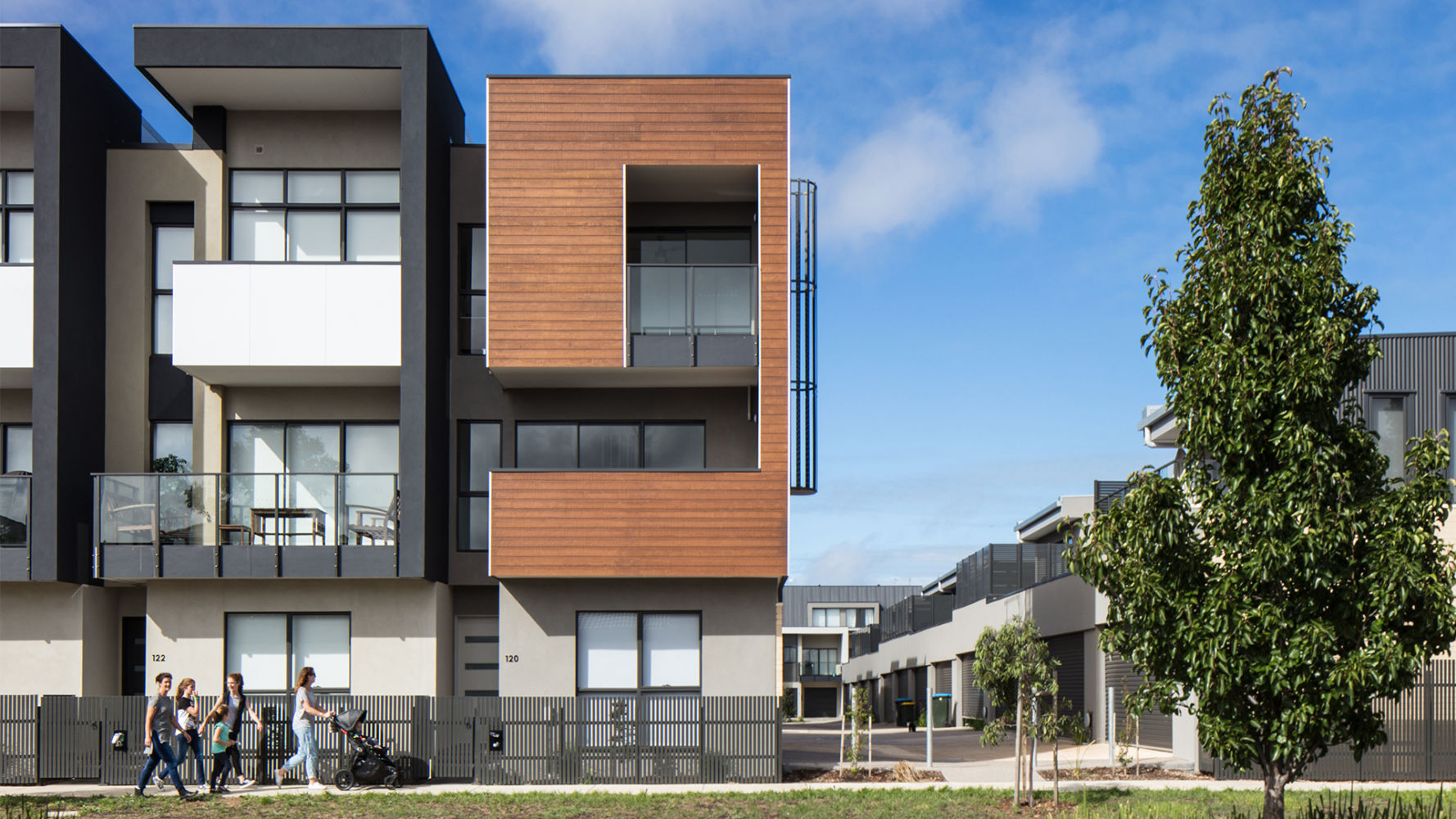 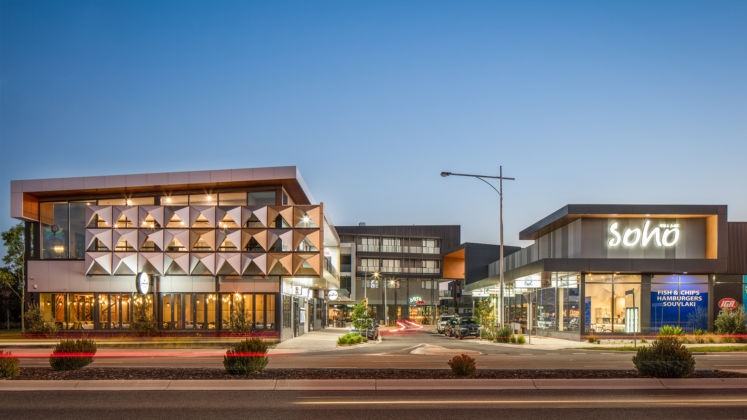 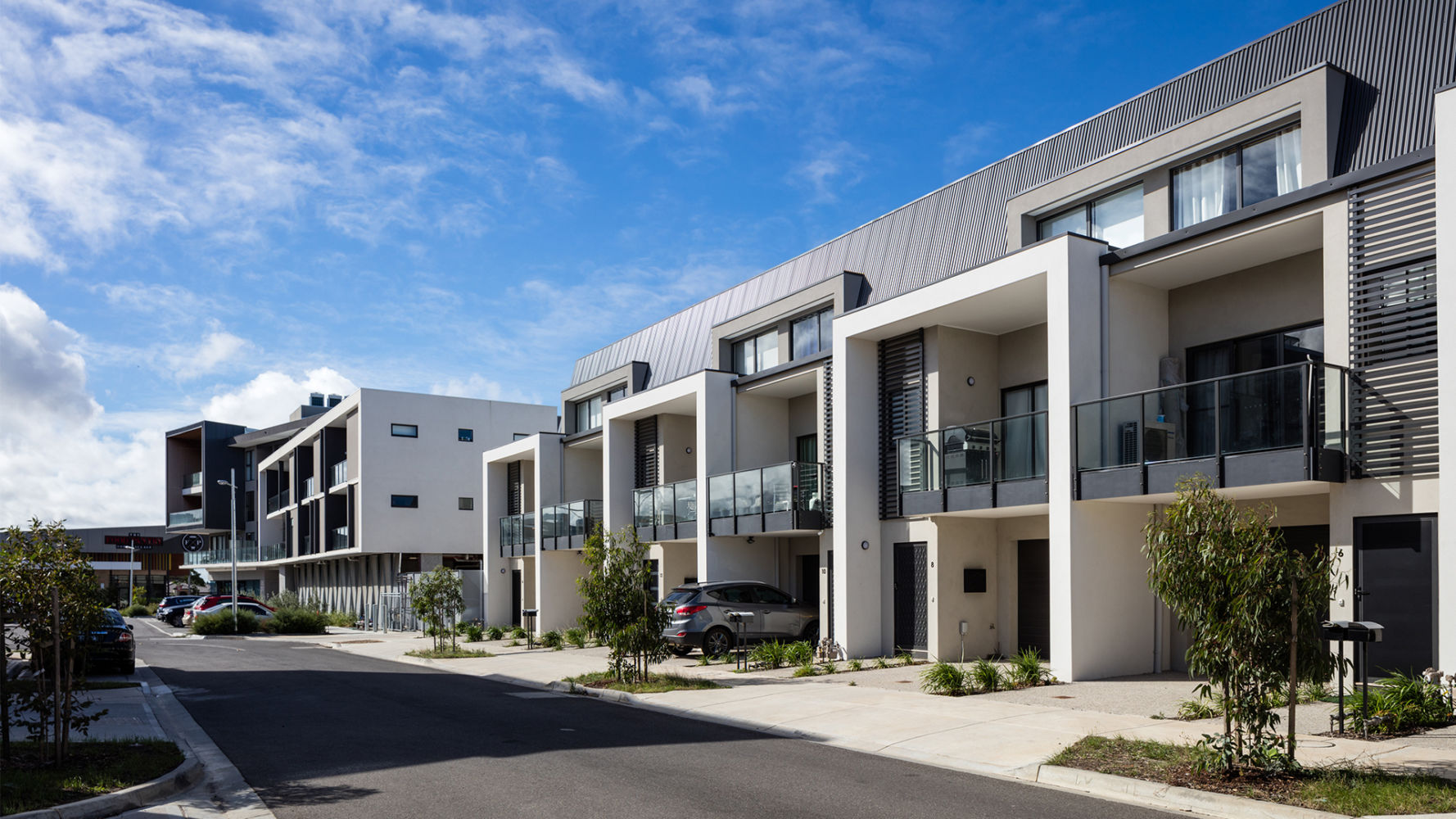 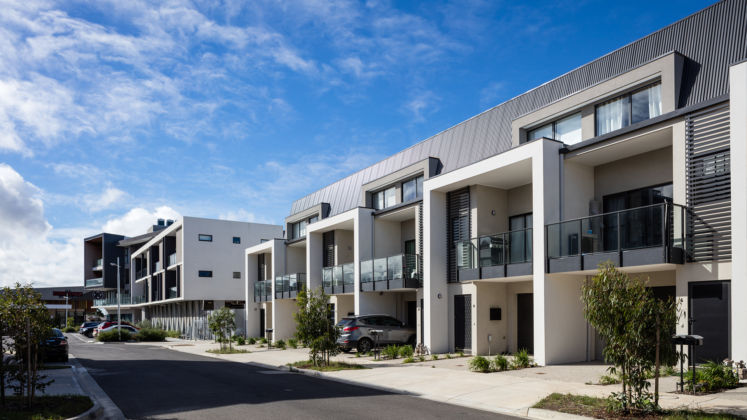 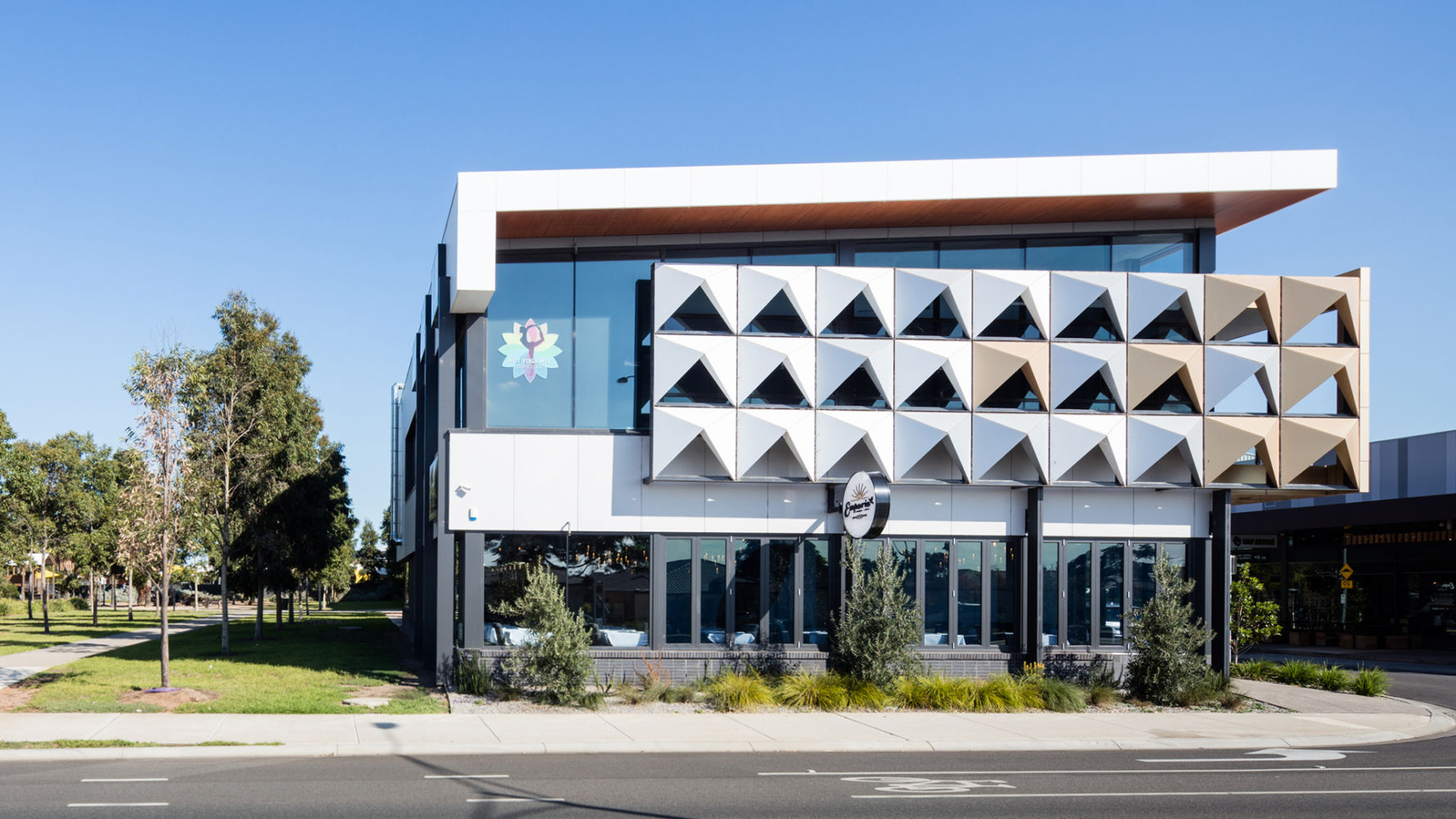 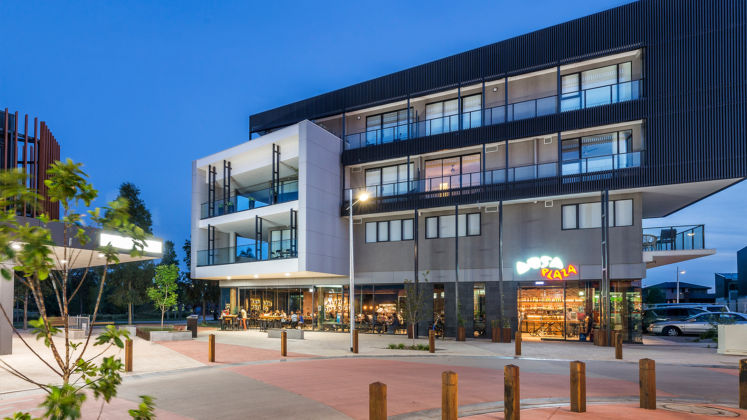 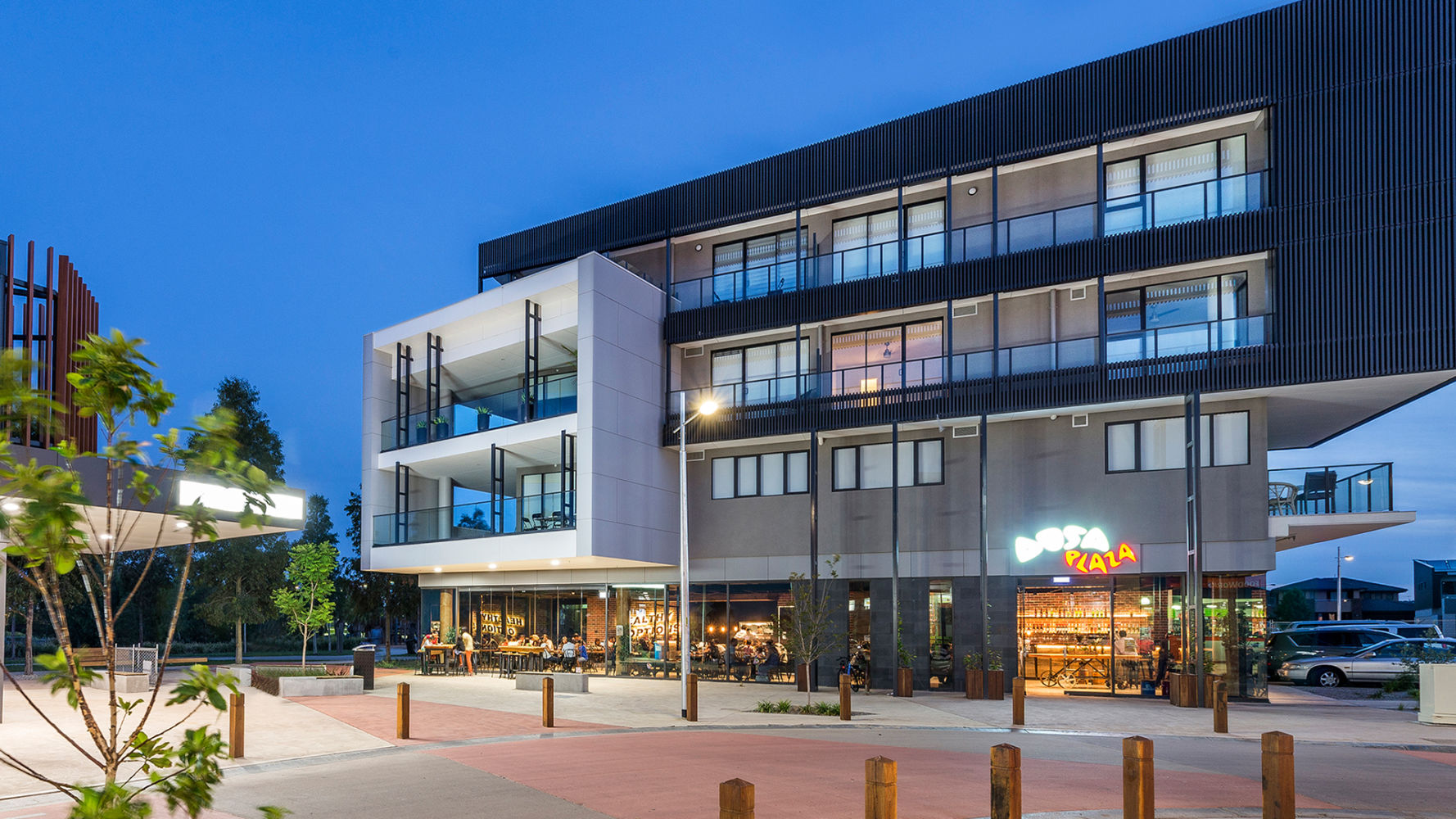 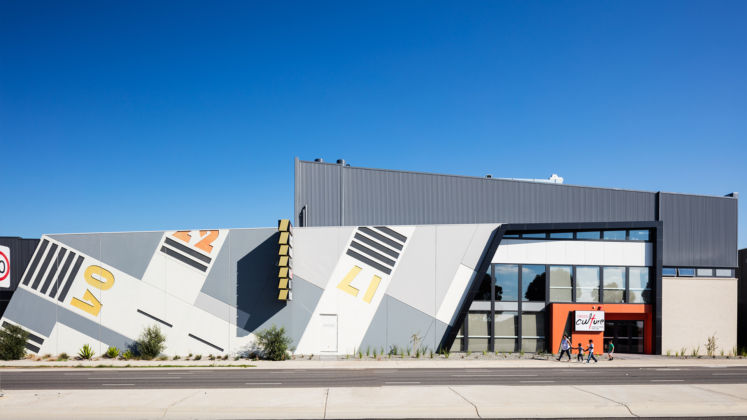 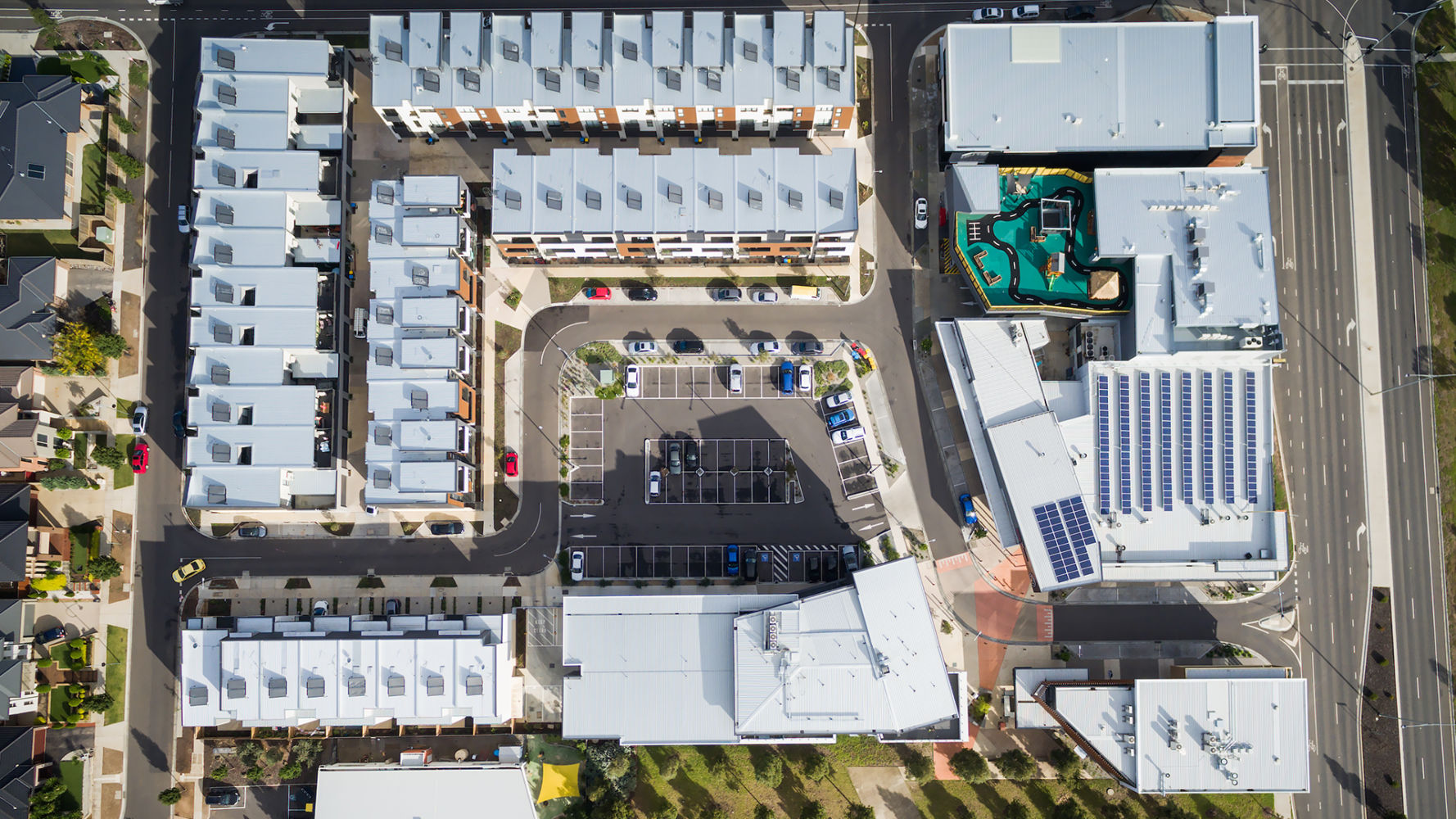 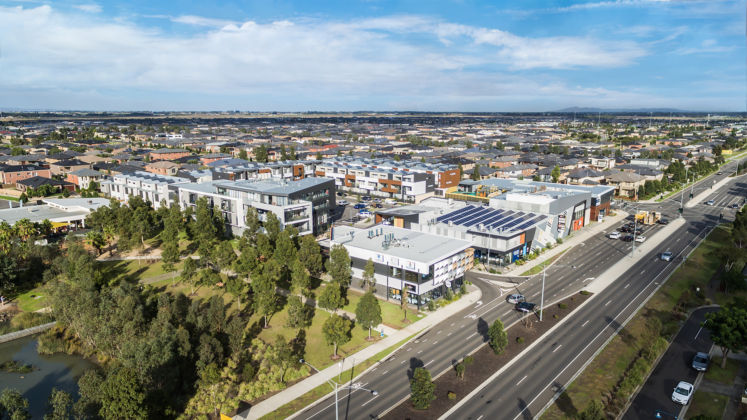 Soho Village is a paradigm-shifting urban development embedded within a traditional sprawling growth area neighbourhood context. It is a cohesive, walkable and socially connected response to the urban context, that provides a strong sense of place and ‘community’. Soho Village proves that housing diversity and density and the creation of a 20-minute neighbourhood is commercially achievable in Australia’s growth suburbs. It has become a test case for the council on how to deliver mixed-use projects into the future.

"It has a city feel, even though we are in the suburbs.”

The development features a small, pedestrian-friendly main street and village square lined with restaurants and featuring a range of community amenities such as a medical centre, yoga studio, grocery store, bakery, childcare and a community church/conference centre that can be hired for community and business events. This mix of uses extends street activation times, increasing the safety of the precinct due to the constant presence of people and the passive surveillance provided by the apartments and townhouses.

The masterplanning process for Soho Village was strongly informed by the site context. An analysis of the surrounding area revealed market needs and opportunities. The huge lack of medium to high-density housing options throughout Point Cook presented the opportunity to improve housing diversity while simultaneously maximising yield. The existing retail options were also fairly homogenous. The concept of a vibrant, high amenity, high-density urban village emerged as a differentiated approach.

The inward focus of the Soho Village development creates a sense of enclosure similar to a traditional European village square. This intimate scale created by the narrow main street, the pedestrian focus and visual connections to neighbouring parkland contribute to the sense of place. The diversity of uses ensures that the village is vibrant and activated throughout the day and evening.

The relative height and massing of the Soho Village development create a prominent landmark. The Northern façade picks up on the history of Point Cook’s Royal Australian Airforce with a distinct pattern of the historic runway numbers imprinted into the precast forming a recognisable gateway to the precinct and shaping an authentic sense of identity and urban character.

"The mixed use urban quarter is an exemplar of a contemporary compact village centre, containing many of the essential daily needs with a diverse range of housing types and live work spaces. The project is providing dearly needed urban development industry leadership."

Soho Village proves that housing diversity and density, and the creation of a 20-minute neighbourhood is commercially achievable in Australia’s growth suburbs. It has become a test case for the council on how to deliver mixed-use projects into the future.

The range of lifestyle offerings and the contemporary architectural style of the apartment building and townhouses proved to be extremely popular with buyers. The residential offerings sold rapidly, with practically all apartments, townhouses and SOHO's selling within the first eight months – a result that disproved the prevailing belief that there
is not a market for apartments in growth areas.

Leasing agent David Mark of Burgess Rawson fielded a large number of tenancy applications enabling him to select high-quality tenants who contributed high-quality retail and food and beverage options. All the tenancies were leased prior to construction completion.

This strategic response to the site has been commercially successful for the developer, Empire Properties while also creating a range of community benefits. The project is widely considered and utilised as a demonstration project among developers and within the local and State government sectors. 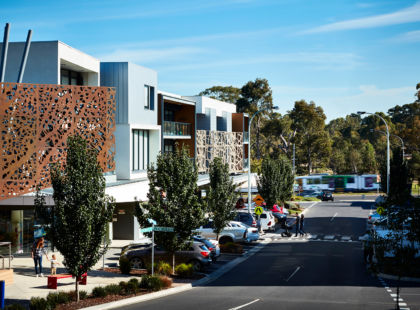 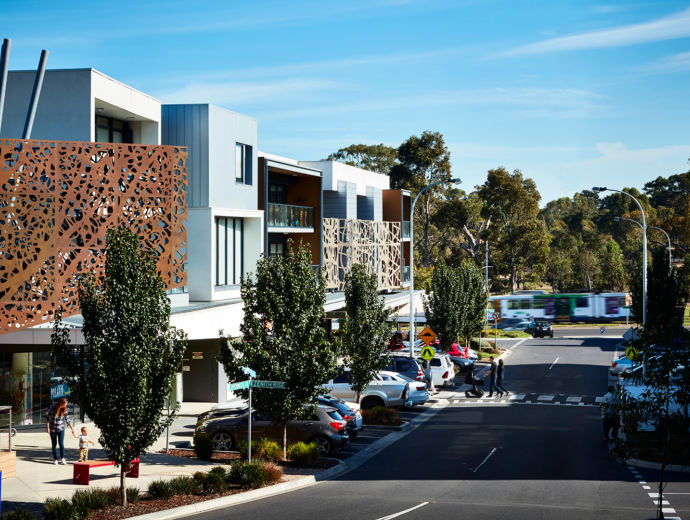 Challenging the idea of the typical suburban neighbourhood shopping centre

From the outset, the vision for Polaris was to create a vibrant, walkable urban village that challenged the idea of the typical suburban neighbourhood shopping centre. 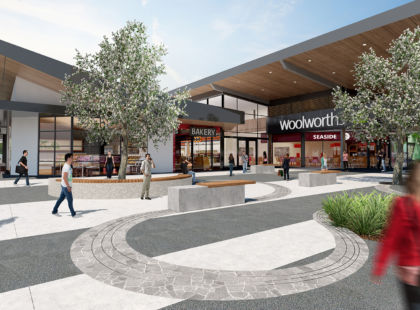 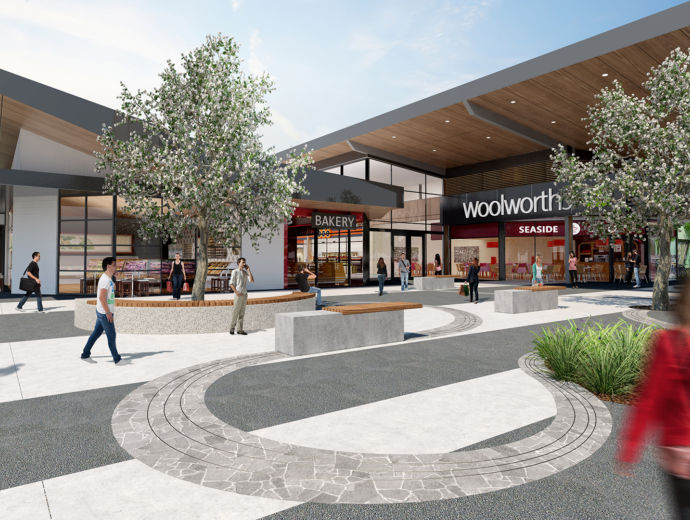 Armstrong Creek is an evolving masterplanned community located directly between Geelong and Barwon Heads. Its vision to become a vibrant, liveable and sustainable community is underpinned by the delivery of major infrastructure and services. 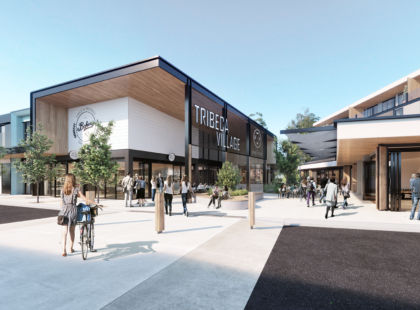 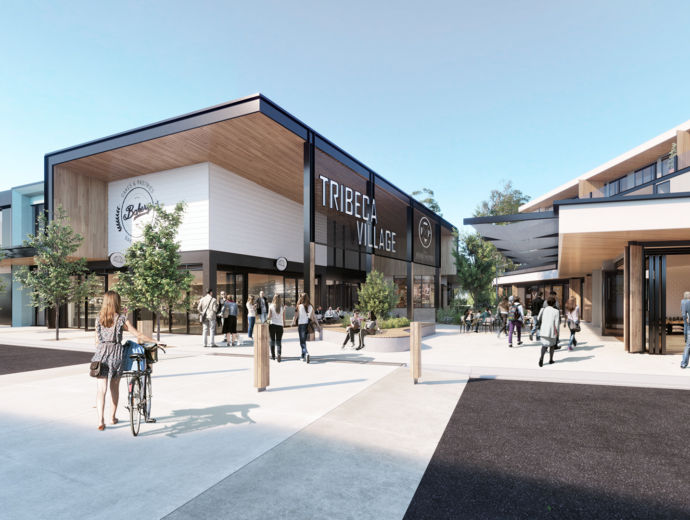 A village heart for the Saltwater Coast

Tribecca Village was created with a bold vision: to provide a delicate balance of urban, natural coastal and rural residential within a living environment. 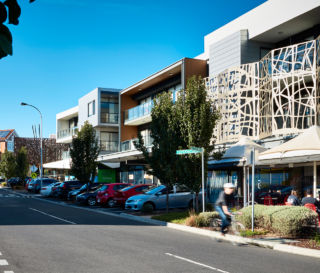 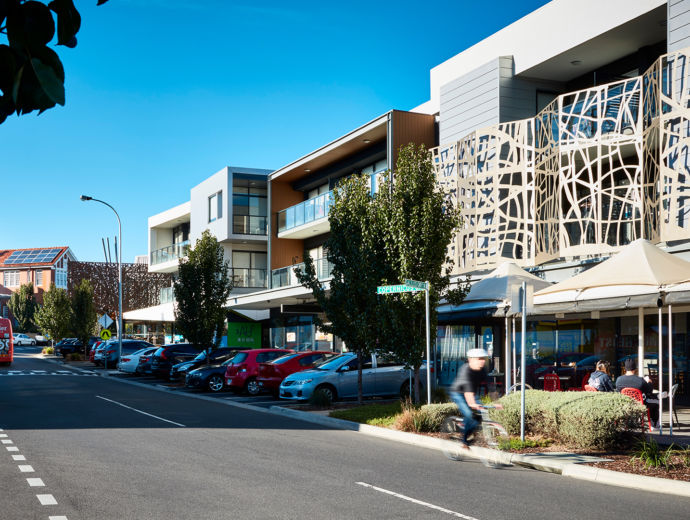 The value in a collaborative approach to urban development

In an increasingly networked society and business world, successful and innovative developments are more often borne out of collaboration and partnerships than they are from keeping all of your cards close to your chest. 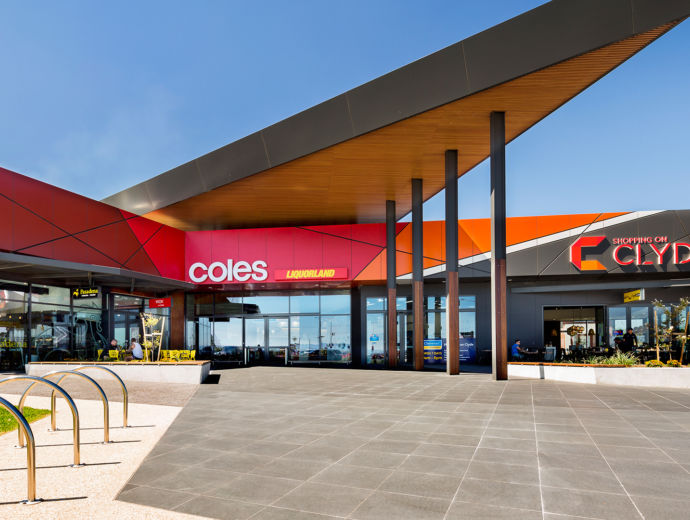 Five strategies for adapting to the future growth of retail centres

Designing and masterplanning a centre is a complex exercise. A shopping centre is, fundamentally, an integral piece of community infrastructure, just like a road, a railway station, a school or hospital. When masterplanning you need to picture the centre in 10, 20, even 50 years' time. Jordan Curran reveals five interrelated considerations.